For those of you who're interested, ubi has put up the patch notes for1.4. link is below

So, I know these aren't final, but here's my take:

2.) The weapon and gear talent changes are meh, they get rid of RNGesus but they're mostly middle of the spectrum so win some, lose some

3.) From what it looks like, rewards for the things I play will make them more worthwhile (HVT on all levels, heroic/challenge dailies, and UG on hard) and I won't be punished for not playing the DZ or incursions

4.) Skins not counting as inventory, break down items from cache, break down multiple items at one time, rebuy items you accidentally sold - F-I-N-A-L-L-Y!

5.) Being able to get supply caches for PvE and UG by earning XP after capping your level is a great idea, kinda like earning motes of light in Destiny

Overall, I'm impressed with these changes and while they don't fix everything, they give the game a new feel.  I think that pretty much everyone except the 1% that are currently min-maxed for the current iteration of the game should be happy.  Unfortunately for those players, they'll probably feel like they're getting the shit nerfed out of them, and that would be a correct assessment of their situation.

There are a total of 4 World Level tiers:

-          So does this mean NORMAL mobs will be these levels and Elites will be higher still?


Players can now mark weapon and gear items as “favourites” which locks them in their inventory. Locked items cannot be sold, shared or dismantled.

-          Great but…what about being able to set hotkey favourites so we can swap loadouts instantly??

Added a buyback option to vendor’s inventory. Players can now recover items they have accidentally sold.


-          Never done it myself but sure it’s useful, however how about fixing the Vendors figures so when you buy something you get it into your inventory only to find the stats are NOTHING LIKE as they show in the vendor window?!?!!!! (A weapon showing 75k base DPS in the vendor only actually has 60k DPS when you buy it)


Time-to-kill enemy NPCs has been lowered.


Many improvements were made to enemy AI.

Player ammo capacity has been doubled after level 30.

Removed scavenging from the game. Scavenging is removed as a secondary stat on all gear pieces. New gear pieces can no longer roll scavenging.

-          Pieces with Scavenging now? Do they get a random stat as a replacement I wonder?

Roamer NPC groups and bosses are now back in the open world. They now respawn every 24 hours.

- Excellent. I'd wished for this for ages.

Updated Rewards for all main missions:

-          So Gear Sets ONLY available in Challenge? I’m sure they were dropping in Hard before as well (not often but they did).

Removed Skill Bonus from all gear items. Instead, Backpack, Holster and Kneepads will now have additional slots dedicated to Performance Mods (Backpack = 2, Holster = 1, Kneepads = 1). Not that this change will not be retroactive.

Path of the Nomad

@quinch1199 - Lot of good thoughts here.  There's so much here that I agree when that I'm not going to really add much.

I do have one thought on the main mission rewards.  I know you're right about gear sets dropping on challenge mode.  How do I know this, because last Saturday night I got a GS 191 set piece from the challenge mode final boss on a daily - WTF?!?  I think with the new system the listed rewards will be guaranteed and there will possibly be a chance for set pieces, just not guaranteed.

DeadSockPuppet said:
I think with the new system the listed rewards will be guaranteed and there will possibly be a chance for set pieces, just not guaranteed
Click to expand...

Agreed, though it doesn't say that in the notes. That saying Devs are horrible at giving accurate notes in my experience.

Questions - is this just an initial build? how many other phases of PTS will there be?

I grow ... concerned ... that whilst these updates "change" the game, and hence make it feel different, they don't actually address the MAJOR issues in the game which deal with customer/player retention AT ALL.

There are many MINOR changes here which are, on the whole good, with a handful of complete FUBAR's which could potentially spiral some aspects of gameplay out of control (3,000 rounds of ammunition? Really?!?).

So, ultimately to me, these changes are a "refresh" and don't appear to be the comprehensive changes that everyone expected or what was promised, which is disappointing. Fingers crossed this is a primary build however and better changes occur.

Its times like this I dearly wished I could have a round-table with the dev team. ...*sigh* 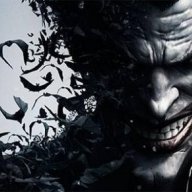 Is it strange to say I'm somewhat excited and scared also for what's to come with 1.4 I caught part of the live feed from the Dev's off Facebook and all I heard was jibber jabber at least here I see more of the big picture :91_thumbsup:

ChowYunFats said:
Is it strange to say I'm somewhat excited and scared also for what's to come with 1.4 I caught part of the live feed from the Dev's off Facebook and all I heard was jibber jabber at least here I see more of the big picture :91_thumbsup:
Click to expand...

You're on xbox , so it's a shame you can't try the pts. It is good to be able to play around with the changes.

Oh. daesu said:
You're on xbox , so it's a shame you can't try the pts. It is good to be able to play around with the changes.
Click to expand...

I'm just grinding to gather as much gear, weapons &amp; Phoenix Credits as I can before 1.4 hits! lol!

Its time to horde.

Though, must admit to have been exasperated at at my supply drop this half of the month. I got two 268 gear items....BOTH Alpha Bridge...BOTH Holsters...*facepalm!*

They say hoard your mods. Gear in 1.4 drops well, though it is possible after pts it won't rain as much loot(which is prolly a good thing honestly). It is very cache driven now. Dailies and what-not... you get a cache. Combat cache, field cache, crafting cache... And the gear sets do seem random. I may actually have a chance at Predator's Mark.

I would add, get your crafting daily done to get that div tech. My experience is that I don't get a lot of that (none in caches) and the few things I want to craft needed that. So, that could be something we need to farm bosses or dz for.

Crafting cache from crafting daily. You get mats and possibly gear (not sure i it is guaranteed)

DZ Assignment caches (i.e. get loot for daily... without extracting)

Oh. daesu said:
though it is possible after pts it won't rain as much loot(which is prolly a good thing honestly)
Click to expand...

It's my understanding that you're right about this.  I don't remember if I read this somewhere or if this is the hope but I thought drops were exaggerated for PTS so they could show players what kinds of loot would be available from each type of activity and so players would be more likely to see and test a wider range of gear.

It's hard to test all the changes they made to everything if certain items are hidden behind the final drop rates and not enough players get them.  I guess they could have given one of every item (weapons, gear, mods) to each player in the rewards vendor and then let them play with them, but what fun would that be?

I can see it will be actually a fun little time rebuilding character spec once the patch goes live.

quinch1199 said:
I can see it will be actually a fun little time rebuilding character spec once the patch goes live.
Click to expand...

Yeah, but I think they've probably lost many PS4 players and I don't think many of them will come back for a while, if ever.

XB1/PC have the motivation of getting back into the game and figuring out how the game plays and updating their toons before Survival drops, which should be probably sometime in November (most likely late November).  This is assuming that these players don't get tied up in end of year releases and then don't come back to the division.

PS4 is a whole different story.  Because Survival comes out a month after it does for XB1/PC, it will most likely drop late December or early January.  Because there will most likely be 2 months between 1.4 and Survival, there's no sense of urgency for PS4 players to get back into the game, so I can see many turning to other games and then moving on to what they get for holiday gifts.

And especially if Survival drops in January, maybe PS4 players give up on the Division and wait for Wildlands to drop, which has a lot more potential as it will hopefully be a more traditional TC type game.

I have one question which I should have ask after reading what's to come are we going to be able to buy Blueprints still after 1.4?

ChowYunFats said:
I have one question which I should have ask after reading what's to come are we going to be able to buy Blueprints still after 1.4?

I don't remember reading any changes on blueprints, so I would assume you will still be able to buy them.  However, with all of the mods changing, I'm not sure how that will change blueprints that players already own.  I would guess they would still be prototype, advanced, etc. and they would still be performance, stats, etc. but RNGesus would generate the appropriate new benefits randomly.

ChowYunFats said:
I have one question which I should have ask after reading what's to come are we going to be able to buy Blueprints still after 1.4?

Yes, I have bought some blueprints in the 1.4 pts.

Then that's ok with me even if that means my new crafts follow Patch 1.4 changes I'm actually doing what a person on here said grinding for mat's and credits before everything goes crazy but hey I'm willing to try change just like anyone else sense 1.2 came around just go with the flow rite