The Division: The Movie

So on the back of the positive reception (pre viewing) of Assassins Creed, Ubisoft have already moved to secure Jake Gyllenhaal as co-producer and first lead actor in a film version of this game.

Opinions? Is the game "world" suitable for a film, would it be better as a series, what director would suit a screen adaptation, where do you think the story focus would be, what style of film (drama, thriller, action thriller, comedy ... lets face it if The Martian can win a comedy award!)?

Could it be a "good" film on its own or will it have to play to the gamers and stick closely to the source material?

Well let me start I guess.

Firstly would like the film to be a tense, almost claustrophobic thriller. The speed which the illness spreads and the ineffectiveness of the regular fail-safes mean this should be a far greater “race against time” to find a vaccine than is shown in the actual game. We’re just accepting in the game that within the open world areas its safe from infection….even though you find in safe houses and around the streets people still infected!! Yet, only in certain places we wear a mask???

Story wise, that makes no sense.

Now in a film, some may argue “the film stars must be seen” (who remembers the disaster of Stallone’s “Dredd” film) but if you push the focus of the film out of the streets and into the safe houses, back rooms, medical facilities … this is where you’ll get your star focus, this is also where you’ll get the tense, tight drama as medics buckle under pressure, lab technicians race to find samples, people are isolated, families split up, people die slowly in front of loved ones … all that SHOUTS to me of a deep drama like the best of ER mixed with Walking Dead and even Breaking Bad!

This isn’t to say the film won’t have intense and realistic action like we have in the game… far from it … remember the street shootout from Heat? Yeah…we want THAT, we want that a dozen times over! How do we add that gritty and realistic fast paced shootouts in such a tense drama? Well… we only need to look to the series 24 for an ideal answer, its use of screen in screen and swapping of point-of-view worked perfectly as you had Jack often mid fire fight whilst you also had the point of view of those in “the back room” directing, helping, even hindering!

Layer on top of all this the sub-plot of the 1st wave, of how it starts to become clear through the film that some have gathered together and gone “Rogue” and how they’re currently looking to sell the virus DNA … which adds a race and focus for the combat side of the story…as whilst the backroom team has to deal with loss, short supplies and a race for a vaccine to save the “world”, the front team have to use detective work, combat skills to follow and chase down the Rogue Agents and stop the virus from leaving NYC!

This could be, perhaps, the best “disaster movie” since the 70’s if the balance of focus is right. Ignore pandering to game fanboys who just want to follow an agent as he shoots everyone and put lots of focus on the people behind the scenes…let the actors act their chops off and show the desperation of the situation from the ground level rather than the seemingly demi-god status of the main Agent.

Heat was such a guy-flick, if i can coin the term.

I think the corruption of the mysterious first division, with the rogues of the second. Aaron keener is still at larger, afterall. Though films like bloody climaxes and no loose ends.

Oh. daesu said:
Heat was such a guy-flick, if i can coin the term.

I think the corruption of the mysterious first division, with the rogues of the second. Aaron keener is still at larger, afterall. Though films like bloody climaxes and no loose ends.
Click to expand...

True, which is why I hope they focus on the backroom drama more like 24 than Heat (though I often see that as a Bromance drama anyway, Pachino and Deniro totally love each other). I used Heat as an example of the open street, realistic fire fights a film should use at key break points but with the focus on the backroom there shouldn't be more than 3-4 such instances.

For an end act to the film though ... I'd hope it isn't a huge bloody shootout climax. I'm thinking a slightly open ended ... they're now close to finding a vaccine, they can't help those already infected but can save the rest (bitter sweet ending could be the main hero is already infected) but the loose end could be the DNA data of the virus is out, even though the main Aaron Keener enemy might have been defeated, so the prologue would be partly hopeful but also fearful if someone could take the DNA data and make another strain. 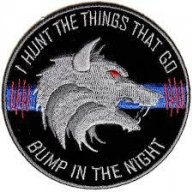 I think the idea of a series would be best. But it would have to be an HBO deal.