The Division 2: Every Specialization Explained:from GameRant.com

The Division 2: Every Specialization Explained:from GameRant.com

Devoted players of The Division 2 get to pick their own Specialization at level 30, but what exactly do each of them do?

Players in Ubisoft's The Division 2 are agents of the Strategic Homeland Division tasked to rebuild Washington D.C. after a smallpox pandemic. However, with limited resources and threats such as terrorists, mercenaries, and traitors all around them, these agents have to be prepared. Thankfully, players who get to survive their onslaught prove they're good in what they do. Players who reach Level 30 in the game will be able to choose a Specialization or a special build for their character. Moreover, these Specializations mark a player's "expertise of choice" in the multiplayer shooter. Additionally, gamers can switch in between these Specializations at any point in the game. Just what are these Specializations?

Gunners get the Minigun, which heralds what's about to come. They take advantage of their offensive capabilities to eliminate mobs and bosses fast. Their perk A Good Offense gives them up to 50% bonus armor for every bullet in the Minigun, with each hit restoring 1% armor. Interestingly, this perk combines well with their other modifiers. Incessant allows Gunners to get 5% more armor for every kill, and they can reload 50% faster with Coupler. Perhaps another trait players should get is Vital Protection, which reduces their chance of getting crits by 20%. Gunners aren't just all buck, though. They also have miscellaneous skills that can help them. Their Riot Foam Grenade can stop enemies on their tracks, while Banshee lets them confuse enemies for a short while. These skills, coupled with a Gunner's sheer firepower, can help them easily overpower mobs.

Demolitionists take advantage of their firepower to wreak havoc on enemies. Their signature M32A1 Multi-Shot Grenade Launcher serves this purpose well, as this makes them the equivalent of The Division 2's DPS. As the game's main damage dealers, Demolitionists have the right skills for the job. Their Demolitionist Tactical Link increases damage to enemies out of cover by 5%. This damage boost might not be much, but this can be devastating considering the M32A1 has a knockback feature. Moreover, its Crisis Response gives an automatic ammo refill to empty armor, and Braced for Impact basically ignores explosive impact once every minute. The Artillery Turret also allows Demolitionists to unleash an explosive barrage from great distances. And their Explosive Ordinance lets them upgrade their other items.

Sharpshooters take full advantage of The Division 2's slate of long-ranged weaponry. Their signature TAC-50 C rifle lets them penetrate through enemy armor, something other rifles can't do. Additionally, this weapon means Sharpshooters can easily tear through tanky mobs with precise shots. Their Sharpshooter Tactical Link adds headshot damage to the team. Moreover, they have other personal skills that add massive buffs to otherwise slow riflemen. For instance, Deft Hands and Breath Control perks increase reload speed and weapon stability. These perks make them forces to be reckoned with, provided they have the right protection . More importantly, their Tactician perk lets Sharpshooters access a scouting drone that can identify enemies for the team. This drone can help Sharpshooters and their squads in open areas, or whenever they have to scout ahead for threats.

Survivalists serve as The Division 2's equivalent to a support role. Unlike other Specializations that focus on ways of dealing damage, Survivalists debilitate opponents and buff allies. Their special Crossbow deals decent damage to enemies, but they're most especially effective against the environment. Firing a bolt on the ground "detonates" it like a grenade, dealing damage and debuffs to people within the blast radius. Their Survivalist Tactical Link gives the team damage boost against enemies that have debuffs. Other skills such as EMI and Running The Gun increase assault rifle and shotgun damage, respectively. Moreover, while their skills may not necessarily benefit the user, they're perfect for squads.

Firewalls get the K8-JeatStream Flamethrower that lets them unleash hell to their enemies. They're pretty dangerous in close combat, and their traits help them take advantage of the chaos their fires emit. Much of their skills enhance their fire-based theme. For instance, Firestarter increases the likelihood of foes bursting into flames, while the Cluster Grenade "splits" one grenade into multiple smaller bursts. Fiery Response also gives burns to enemies when their armors break. Their Enriched Magnesium Formula boosts the duration of burns by 10%, while Frontline Recovery gives them 30% of their health with each kill. Moreover, Extracellular Matrix Mesh lets armor kits give them 200% Health and Armor over 10 seconds. Their Striker skill also lets them use the K8 with the Crusader shield, letting them buff themselves and squad members behind the shield.

For more information on this go to this Link here: https://gamerant.com/division-2-every-specialization-explained 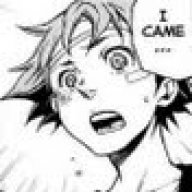 Man, love me the demolitions. Grenade Launcher is the bees knees of over powered weaponry imho.

g1nt3r said:
Man, love me the demolitions. Grenade Launcher is the bees knees of over powered weaponry imho.
Click to expand...

Me too.......but I like the grenades in the Firewall flamethrower they are like a cluster bomb &amp; they can hit  more than one target. If throw them right &amp; pick your targets .