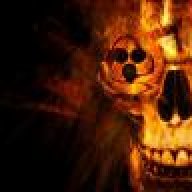 Hey all! So.. I ran General Assembly for the first time last night (as I finally managed to hit 30, woot!) and got to the encounter at the end of the fight. Initially, I was like.. "How the heck am I going to take THAT thing on?!" and then it dawned on me..

WARNING: Spoiler below. DO NOT CLICK VIEW IF YOU HAVEN'T RUN THROUGH THE BASE STORY MISSIONS AT LEAST ONE TIME! If you don't care about spoilers, then go ahead! Lol.


During the encounter with Bliss and his helicopter, the game will tell you that activating the turrets will assist and deal heavy damage to Bliss' helicopter. While this may be true (the turrets take out approximately 2 armor tags from the helicopter), it's also dangerous. The volley of bullets from the helicopter are painful. Add the next phase of the fight when Bliss starts bringing in LMB Adds, and you've now got to deal with fighting them, as well as avoiding bullet hail and eventually missile shots from the helicopter. It makes for a very painful fight.

Numbers of spawns and difficulty of the boss enemies is increased according to group size, so this simple strategy works best when running the mission solo--though it may work in grouped scenarios.

In the middle of the map, there is a platform that provides considerable cover from all angles that the helicopter could potentially volley or missile lock you from. It also serves as a bottleneck for adds, so you'll always see them coming. As fate would have it, there's also a restock crate there as well, so ammunition is of no concern. You literally hang out under this platform, and keep taking shots at the helicopter as it circles around the area, taking cover by retreating when you need to. NEVER leave this area, and you'll find the last encounter of the game's story missions to be quite easy and manageable when running solo.

This tactic was employed as a fresh 30, with no High End Gear, wearing mostly purples and a couple pieces of blue, using an Assault Rifle with 46k DPS, and a Vectory with 47k DPS, and sitting on 32k health. This was also employed on Normal Story Mode. Will be giving it a run and testing it out tonight on Hard Mode to see if the tactic still holds weight and is feasible.
Most people may already know this tactic, but some people may not. I only just figured it out last night. So, hopefully this helps others who tend to find themselves running solo here and there for missions. 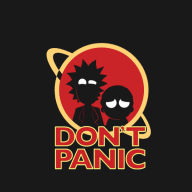 When I ran my alts through, I just rushed to the first turret, activated it, then rushed off to the second while it was still firing, and repeated until there were no more turrets. Lmg + tac link + water finished off the chopper before adds got in range.

Yeah, I used that tactic as well. Regardless, that helicopter still hits like a brick. While a bit more time-consuming.. the tactic I outlined is a step safer for those that prefer to go that route. 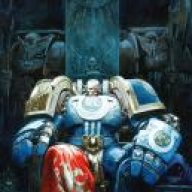 I wonder if it is possible to activate 3-4 turrets at once...

If you could coordinate your group so that each agent goes to one gun and then activate them all at the same time. If it works they should kill the chopper before it had the chance to destroyed each gun seperatly or not?

If anyone ever tried that tactic out, let us know. :wink:

ThePassionateGamer said:
I wonder if it is possible to activate 3-4 turrets at once...

If you could coordinate your group so that each agent goes to one gun and then activate them all at the same time. If it works they should kill the chopper before it had the chance to destroyed each gun seperatly or not?

If anyone ever tried that tactic out, let us know. :wink:
Click to expand...

yes it is, and yes we have. Unsure whether it killed the chopper alone, as we all started firing at it as well once they were active. Quick kill though.

xeromaus said:
yes it is, and yes we have. Unsure whether it killed the chopper alone, as we all started firing at it as well once they were active. Quick kill though.
Click to expand...

Haha nice to know. Thx for sharing this. I will try this out the next time I do this mission with a group.

Have been doing this on hard solo recently.  I found that as you come out of the building, to the right of the structure with the ammo crate is a fuel tanker (thankfully empty I would guess).  I just shoot the chopper from there and it tends to come hover over it and sometimes fire at the JTF as they come in.  If it realigns to try and get me then I just walk to the other side (hugging it for cover) and shoot the helis tail again. It moves again and so I move again.  Seem to get more crits from shooting the bottom as well.

The other solders didn't seem to bother me.  The JTF provide interference and my with my BM AK (102,000 DPS) can take the heli down.  Shame you cannot get the heli to hover over the tanker and then blow the tanker to destroy it...