Should exp be lost upon death? 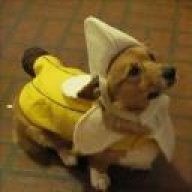 For the record- I love the dark zone and I've had tons of fun in it! But the death penalty (Yes, I am aware this is being reduced) is honestly... just stupid.

While there are plenty of other games that have this system, a large majority of them do not result in the less of a level upon death (Path of Exile, for example). You would only lose progress on that level.

"But Pen! How then will solos have a chance to thrive if there is no punishment for going rogue!"

Ah... stop right there, sir! Even if you remove the chances of losing a level, you still lose exp, dark zone credits, and keys.

"Ok, but Ubisoft obviously wants going rogue to be a bit risky!"

Why? People should not have to worry about dying when they go rogue. If they are going to have to worry, at least make it EASIER to survive a manhunt. Perhaps stop the cool-down from freezing.

"But Pen! What about those who are already max level and have the best gear! They wouldn't be punished by losing their excess loot, dz credits, or keys!"

Well, this is where Ubisoft comes in. Perhaps introduce a damage negation for a period of time after going rogue? Or stop people from entering the dark zone all together for a short period of time? Losing even a single hour of grinding is ridiculous, especially for those such as I that have little free time. Every hour of grind I put into this game counts.

(If there is something I am totally overlooking and I'm an idiot... oops.) 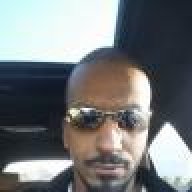 The one though I have on DZ xp is...when a team goes rogue, they should lose their xp (the 3k going rate) as soon as they turn rogue. If they beat out their timer, they get back double their xp. If they dont, they lose double their xp.

So basically they use a rogue deposit of 3k, but can get either 6k back or lose 6k. That would seem like balance to me.

The player they kill should be immune to lost of any kind. This player is completely unaware and unable to protect themselves. But any player who is killed trying to client the bounty is fair game, open to the standard loses.