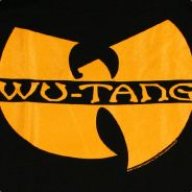 I have been looking around the internet to see other players complaining about the new patch but found little info. So I thought I'd start here, so I can see what everyone else is thinking.

First of all the fact my near end game pvp build pre patch feels close to irrelevant now. How do I go from 175k vector dps, 80k health, 60% armor mitigation to having even matches with the majority of people that I face. My vector is even in my top 5 of roll choices with Brutal (Head Shot bonus , Deadly (crit hit damage), Unforgiving ( damage increase based on missing life) , high end crit 24% and damage rolls. From that I go level 60 dz to having issues trading with people who are in dz levels of 30's and 40's.

I literally do mean trading damage just standing beside each other shot for shot, as a heavy grinder I should expect to win such battles. I see everyone using the MP5 and tearing me up before my clip even finishes, do the rolls barely matter anymore on lower level high quality guns? Perhaps i'm mistaken that it should have some effect . Granted I know there is a high amount of people who were stocked with crafting materials ready for this patch high level dz players and perhaps some exploiters and for that I can account to some of what I'm experiencing but this feels a little overwhelming.  I understand there is a gear score requirement now but that does not determine how perfect of gear people have just the levels.

The crafting system - The point

The biggest issue I have with this whole topic is the new crafting system. At first this issue made me want to grind harder and play better but with no luck after crafting a rough 60 items it seems slow and hopeless. Yes, RNG should play a part but at some point hard work should triumph, this does not happen when you saved for 30 crafted items pre patch and 15 a day after. Even then why put in all that hard work if your going to be out scaled a month or so from now with a new patch.

The only idea that comes to mind is the developers wanting to slow down the people who got ahead way to fast during the first release week. Then perhaps during the next patch the gap will be smaller between average and heavy gamer's.

The dark zone - Issues since patch

The increasing difficulty in the dark zone to grind bosses because the servers feel very competitive now, being outnumbered by rouge players or even being evenly matched with players who I should not be changes this game a lot. I use to enjoy the pvp system even with all of its issues, but recently I do not feel the same. I went solo rouge today because I enjoy stuff like that and I wanted dz keys, I killed 4 people stealing 4 keys and when I got killed once I lost them all, what a joke. You don't even lose what you took from the players pvping but twice as much overall and time.

Thanks to the Readers

Thank you for taking the time to skim or even read through all of this! Please let me know what you think because I need some community feedback. Let me know if I'm wrong or mistaken because I truly do like the concept and this game. If asked I'm sure I could make an argument this long about why the game is great but unfortunately its these reasons I fear that I will give up on a game that has a potential to be so great.

-Why do all the bosses drop High End gear if its mostly 162 and useless other then slow crafting ?

-Why even have scavenging if its not going to effect anything as far as gear drop?

-Why go rouge when every PVE ultimate's are up and you will have to defend against each one in 1v1's best case?

Then stall time for it to go down so more players can surround you, for what 3 items 1 key and little exp each?

-Why even have PVP ? If its just going to be random fights in the dark zone, lets get some competitive modes or ranks

-Why even have RNG gear? A short patch later will make it useless before you can perfect your build

- Why have loot crates in dark zone drop mostly purples , i'm on box 8 with 3 High ends

- Why Have gear requirements for dark zone, if all that will do will focus the server to be top or bottom heavy?

- Why does dark zone match making team me with players in the lower requirement bracket?

Well, DZ rank doesn't mean "better", it basically means time spent really. Sure, it unlocks the top end blueprints and purchases, but those were never required to be competitive, as they all were trade offs in one area for a boost in another. You can grind mobs in DZ01 until you hit 99 if you like, it doesn't mean you're now "dangerous" or in the top 1-10% of player skill/builds.

175/80 and 60% was great for the opening month (but wasn't "near perfect" in any sense...there's more than one build that can trash players in the DZ, and EVERY build has it's heel), but even without an increase being dropped in, it'd be middle of the road by now. Someone will always be better geared than you, and when you have this many people playing, it turns into a LOT of someones. Nothing is unbeatable, and as soon as the majority jumps on one build style, another will rise to mercilessly stomp it (like against your build, high electronics or sniper builds could one shot you, easily, pre patch or now).

The bosses drop lower tier yellows to give us a supply of crafting mats. I can think of no other reason, aside from lower score players grabbing gear to move up of course.

You can go rouge to defend a supply drop, to have fun, or just for more DZ XP while you run boss loops.

I eventually see PvP getting some kind of competitive mode, though I think it's the polar opposite to the game's spirit, and lore breaking as f**k if you intend to still run new PvE when it drops.

RNG is RPGs. You're gonna have to get used to that. You had two weeks to finish 4 mods, thats a LONG time in terms of this game man.

From what I've seen, supply drops have a lot of HE and set pieces in them...but your experience will vary, just as another player who's not me, and on where you find them/what you have to take out to get them.

Without gear requirements for the DZ, a fresh 30 will be going up against players with a 190+ gear score...that's hardly "competitive".

You get teamed with whats available. Most high end players don't do random squads, they bring reliable ones.

Nutshell: Nothing in this game will remain static. The point IS to grind away for whats really good now, only to have to do it again later when it's no longer that good. If you only provide small upticks in gearing with each patch, everyone moves straight to the top in a day or two, and the game gets stale.