Gaming with others - how do you do it? Lone wolves need not reply. ;-) 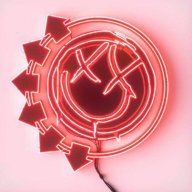 This might sound like an odd question but I'm interested in how you guys optimise your squad gaming. Do you have pre-arranged times when you're on and hit pre-determined missions/routes/DZ areas, or do you see who's on and take it from there?

And what about your role(s) in squad play? Is it best to have skills etc that compliment each other (i.e. one tank, one medic, one with loads of skills, one with high DPS)?

The reason I ask is that I'm finding my enjoyment is diluted if I don't get to game with people I know and we don't have a set plan. 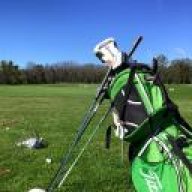 For DZ we try to run the following 1) 4 Pc Sentry 2) High Skill build 3) Two fairly high DPS/Toughness players. The agent with 4 pc Sentry obviously marks targets and makes even the highest NPCs very easy to drop. High skill build runs pulse with tac boost and then over heal as their two skills. If strictly farming NPCs have someone run the seeker mine with gas mod. These work great against NPCs, significantly better than the shock turrets. If Rogue hunting / going Rogue then shock turrets are the way to go.

We usually farm DZ 5/6. We enter in on the west side and follow this path 1) Cleaner Boss 2) Subway 3) Midtown 4)Pit and usually hit each DZ KEY crate assuming it is available. After the Pit we extract at DZ05 and then are able to hit the subway boss in DZ05 before heading back to the beginning of the loop and running it again. We tend to skip the Q building as it is just a P.I.T.A.

The normal group I run with has 1) a guy in a combat medic role with a AR/SMG combo who runs mostly Predator's mark, 2) two mid-range DPS/Toughness/low Electronics players with Marksman/SMG or Marksman/AR with Sentry's Call and Final Measure using Pulse/Overheal or Pulse/Smart Cover (one of them being me), and the fourth tends to be one of several people in either another DPS role or tactician role (we have a revolving cast).  That's for PVE.  If I know we are going to fight rogues, I will usually ditch my Marksman rifle in favor of my Super 90.  Everybody else tends to keep the same build/loadout.

We aren't super-serious, but there is a fair amount of tactical communication, timing of signatures, etc. 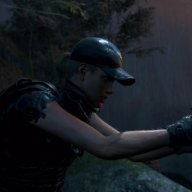 My team isn't a serious team. We don't act like army. But we expect each other to help each other.

In general overview, one of my team is a long range killer. The other is medium range killer. I myself like to be support and medic, but I usually adapt to what teammates are doing, so I'm pretty much a tanker and medic/support now. My role is to be a decoy as well as buff and healing (I rely on medkits, I throw my healing nade / healing station at teammates). Each of us must equip heal skill, however. Additionally, when we are in the DZ, I always remind my team to watch the surrounding and take no chance if there are players around. I must humbly say, I'm the 360-degree radar guy who spot another players and alert my team most of the time.

Before getting in the game, we usually plan our game first before playing on what to hit (DZ, HVT, mission, etc). There's no so-called 'route' when we're in the game. We just go with the situation on what we need and want.

Other than that, I personally also enjoy playing with random players as long as they know what they're doing.