So this new update has come out and i picked teir 4 since the rest are way to easy for me.... then i went into the dark zone and go figure dudes are still invincable in there i literal put 2145 rounds into one rogue he ran all the way through it and shot me dead with one burst im gear score 218 he was 229 so in my mind perhaps he had an advantage had he gotten the first shot but i hand flanked him lit him up concentrated fire on him and not to mention my gun does 20 percent damage to out of cover targets and so much armor damage so i should have essentially melted him at the distance he was rolling up on me... but again it feels like there is still some way unbalanced thing going on here.

Just one question though do i still lose XP if i die because if not well who cares because ill just keep going in and ranking up until i can match those fuckers then ill just chase them down when they go rogue and kill them all the time.

You need a 4pc Banshee (old Blind set) and not be in Rogue status to avoid any loss.

1.4 didn't completely change the game, there's going to be some balancing and updates for PvP coming with 1.5.  Because of that DZ is still really not a solo player environment.  Besides, with all of the changes to PvE and the ability to get any loot from those activities, why would one venture into DZ unless it's to 1.) get trolled, 2.) troll others, or 3.) frustrate oneself with trying to kill trolls?

Unfortunately there wasn't any "anti-Troll" patch. Players who want to will still find that exact meta that makes them "Godlike" unfortunately.

Just don't bother with DZ. Not worth the stress and now absolutely NO reason to go there now at all. 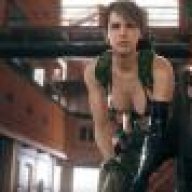 DeadSockPuppet said:
1.4 didn't completely change the game, there's going to be some balancing and updates for PvP coming with 1.5.  Because of that DZ is still really not a solo player environment.  Besides, with all of the changes to PvE and the ability to get any loot from those activities, why would one venture into DZ unless it's to 1.) get trolled, 2.) troll others, or 3.) frustrate oneself with trying to kill trolls?
Click to expand...

But yeah, f*ck the trolls.

As long as Politicians like Trump and Hillary can be deemed "the best people for the biggest job in the world" .... I doubt Massive can patch out Trolling in The Division Dark Zone....

there... I said it. The world if full of dicks or dick-wannabe's

quinch1199 said:
there... I said it. The world if full of dicks or dick-wannabe's
Click to expand...

Hahaha, you called the world dickful.

DeadSockPuppet said:
*sadly realizes he has to live with one of those dicks as president soon*
Click to expand...

Stark choice between someone likely corrupt and in the pockets of big business or someone likely to piss off everyone in the world, economically kill the country and maybe even start world war 3

I don't typically like to talk about politics on gaming site, because it just tends to ruin things, but here's my take.  I'm basically voting based on my pro choice belief.  While I typically vote Democrat, it's basically because of this and not because I completely agree with their platform.  Often when I look at the issues, I agree with about 1/2 of what each side supports, so right to choice becomes my deciding factor.  That's why I'll most likely vote against Trump, because our next President will get to nominate 1-2 SCOTUS justices and that will change the balance of the court probably for the next 20-25 years and I don't want to see the court overturn Roe v. Wade.  Out of all the bullshit on both sides, this is the biggest and most important issue I see.

As for Trump and Clinton, here's my quick take:

1.) People may hate Trump, but he doesn't pull any punches and he says what's on his mind.  Yes he may run the economy into the ground and yes he may start WW3, but that's what he says he's going to do, so we won't be surprised if he does it.  He's a womanizer, a bigot, and doesn't give two shits what people think which makes him not "DC business as usual".  If people vote for him, they know what they're getting.

2.) Clinton embodies "DC business as usual".  She'll be just like any other politician that is running around the capital and we don't know exactly what we'll get.  She talks out of both sides of her mouth and panders to both sides, so we don't know if any of what she says will really come to fruition.  While Trump's rhetoric scares me, Hillary as a person almost scares me more.

...and that kids is why the DZ still sucks, because of Obama.

I ventured into the DZ after a long hiatus.

DZ01 &amp; DZ02 funny places at the moment. Groups running around killing each other. Agents just running straight through purple mods to get to other agents on the other side. Bosses are fairly safe. There was a fatty boss which both groups just allowed to mosey along, out of hope he'd attack the other group. After a while I realsed I was never going to get my daily as it only ever was going to be agent vs agent. Not to mention a 4pc Banshee is wasted if you're dieing as a rogue. So, I dropped out and went solo.

Though, I kept north of DZ01 and DZ02. North you could solo fairly easily.  Not everyone wanted to kill you, but running and disappearing did its job.

Only reason for visiting would be Hungry Hog! *breaks out the guide to find who that drops from*

Well, I think getting 229 items and lv33 mods aren't as relevant with the impending 256 fest.