I'm playing on X-box and have noticed an issue with Yellow Loot boxes not unlocking.

I'm playing on X-box and have noticed an issue with Yellow Loot boxes not unlocking.

Did you hear the announcement that the Supply Room was open?

There is a requirement that the your civilain allies (greens) are with you at the end.  So if you hadn't called them or the loss then i think it won't. I'm not sure whether their officer needs to have survived.

Oh. daesu said:
Did you hear the announcement that the Supply Room was open?

There is a requirement that the your civilain allies (greens) are with you at the end.  So if you hadn't called them or the loss then i think it won't. I'm not sure whether their officer needs to have survived.
Click to expand...

You mean like clearing Landmarks in TD1. I guess they were trying something different from the usual thing. It is also meant to play into Invasions and Strongholds, though I'm not at that point.

When you take Control Points it is also good to have a good stock of food, water and components. That way you can achieve your Projects goals of resupplying a friendly Control Point at the sametime.

Whilst you can capture the control points on your own, who is going to look after them when you move on...

You need to call for reinforcements as they will take control of the control point so when you leave it is still green, at least that's how it works until lvl 30 and then there is more activity with the other factions taking control points back.

Calling reinforcements calls a team to help fight but more importantly to garrison the control points for your side.

As mentioned before. You can clear a Control Point yourself but you MUST have civilian militia with a Control Point Officer on site to unlock the facilities (except the ammo box). You can call them at any point. I normally do so first...purely so I don't have to wait for them to arrive.

If you leave before they take over the Control Point WILL just revert back to enemy control.

This is key... if all the militia die in the take over you have to call more in. If the Control Point Officer dies it takes AGES for the Ai to send another out and he/she is the essential key to getting the rooms unlocked.

Also note you can't immediately move on, another wave of enemies always comes to try and retake it immediately and sometimes a second one will come after that.

You can't give the Officer any supplies until they've all calmed down after any fighting has gone on as well....

I have found that if the reinforcements (yours) die and you have to call another group then I also get another wave of enemies.

The control point officer can go down and be revived (the revival is much quicker than for Agents) and this helps, unless he goes down right were the enemies are coming from on each wave of course... like last time I took a point.

Presumably when you are taking a control point down solo you are not doing so with lvl 3 or 4 control points (challenging / legendary).

I did a level 3 last time, got through 2 teams of friendlies, used almost all my armour packs and ran dry on two types of ammo (AR and smg).  I also got two extra waves (due to friendlies being called in again).  Lvl 3 &amp; 4 checkpoint clearing fives weapon accessory blueprints including the elusive 7.62 extra ammo mag.  They can only be lvl'd up to 2, 3 &amp; 4 in WT4 though.  By all accounts lvl4 checkpoints are significantly more difficult than lvl 3 but the rewards do not scale so well so the sweet spot is lvl 3. 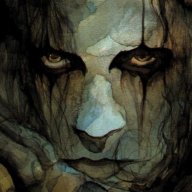 As stated, you do need to call in friendlies.  I guess cuz they need to hold the control point after you leave.  My friend and I cleared one without calling them in, then ran around for like 10 minutes til we realized we hadn't done so.  Still had to wait a while for them to get there after calling them in, but after they got close (just close enough to engage enemies holding the CP, if they were still alive), the CP was captured.  You can capture it with the rest of the friendlies dead, but ya, the CP Officer is the one that really needs to be alive.  Thankfully, as long as they're alive, you can respawn and keep trying if it's tough and you keep dying, though they don't stay alive very long without your help.

Typically if I'm going solo, I'll start capturing it by firing the flare, then just try to hold them off until the friendlies arrive.  After that, I try to stay behind them, essentially using them for cannon fodder.  Otherwise, it depends on the CP, usually sitting back, waiting for the enemies to make a wrong move.